October 19, 2017- Indianapolis, IN- Top Kart USA caps off the end of the World Karting Association (WKA) season better than ever, earning six wins, seven pole positions, and 11 top-five results at the WKA Grand Nationals, October 13-15th at the Go Pro Motorplex in Mooresville, NC. The team also added four series championships to their resume over the weekend, making it an overall outstanding event for the team. 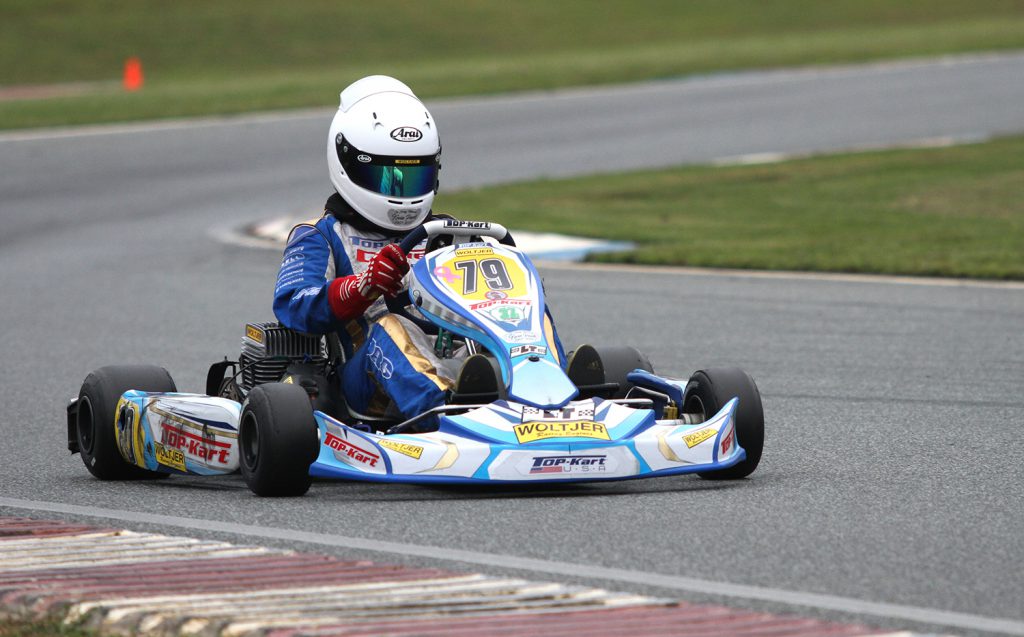 In Yamaha Junior, Tyler Ferris battled at the front of the field all weekend. He crossed the line in the second spot in Saturday’s main, coming back on Sunday to take home the hard-fought win. Ferris’ strong results this weekend and all season culminated to him taking home the season championship. Jason Welage earned strong fifth and seventh-place finishes on Saturday and Sunday. Kaden Wharff finished his Saturday of racing with a 10th place finish. Knowing he had more to give, Wharff came back on Sunday to improve to a third-place finish in the main, landing himself on the podium with his teammate. Max Fiehrer showed speed all weekend, coming home with a top-20 finish on Saturday. 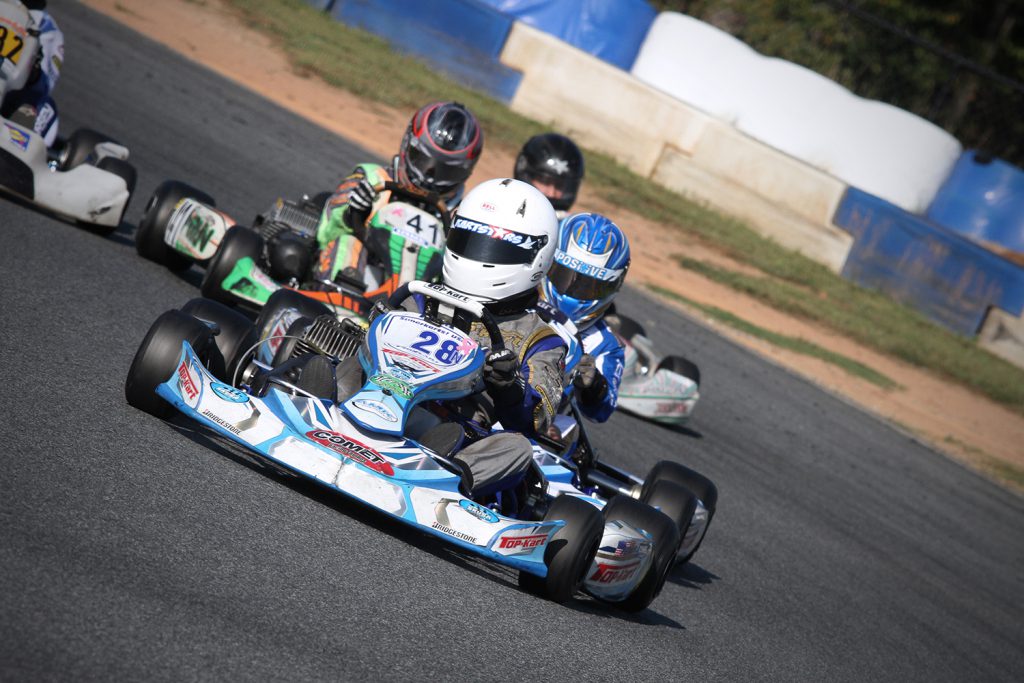 Dalton Hanes, Thomas Annunziata, and Nile Bean all battled in the Pro Swift Sportsman class. Hanes earned the pole position on Saturday, but a spell of bad luck forced him to retire early from the main events on both Saturday and Sunday. Annunziata scored a 17th-place finish on Saturday, improving to 14th in Sunday’s main. Bean earned two top-20 finishes to cap off his WKA season.

The Pro IAME Junior field saw six Top Kart USA drivers doing battle. Pauly Massimino kicked off the weekend by setting the fast lap in Saturday’s qualifying. He went on to land himself on the podium both days, a second-place finish on Saturday and a third-place on Sunday. Massimino also scored the Pro IAME Junior season championship. Kaden Wharff pulled double-duty for the weekend. After a 10th place finish on Saturday, he came back hungry for more on Sunday, driving his way to the front to take the win. Tyler Ferris also drove two classes, improving from a 12th place finish on Saturday to fourth-place in Sunday’s final. Madison Campeau capped off her season with a great showing, earning two top-10 finishes in the finals. Connor Ferris earned a top-15 and a top-20 finish at the event, and Emil Schulz came back from a DNF on Saturday to earn a top-20 finish on Sunday. 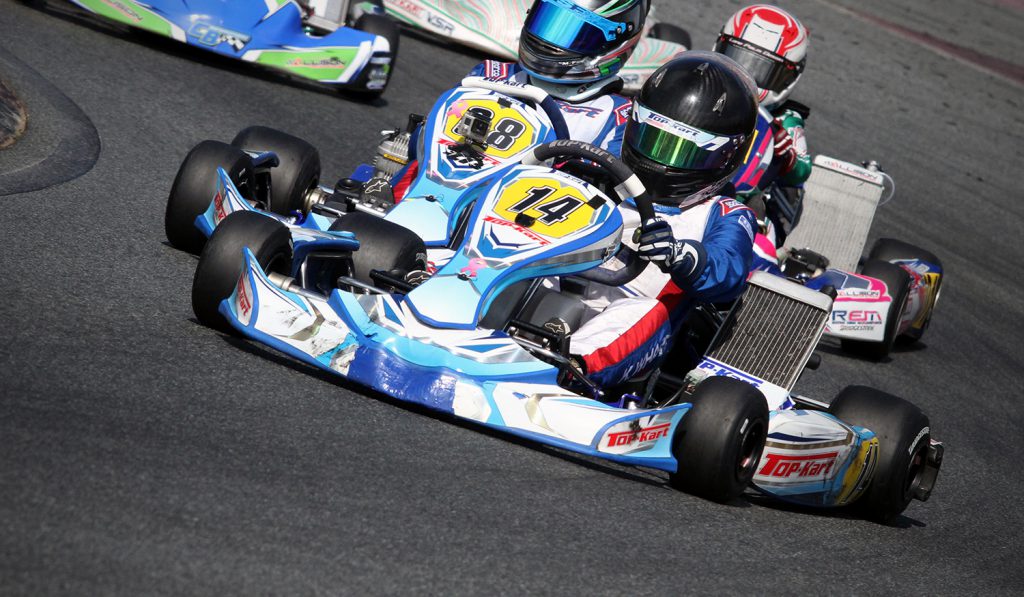 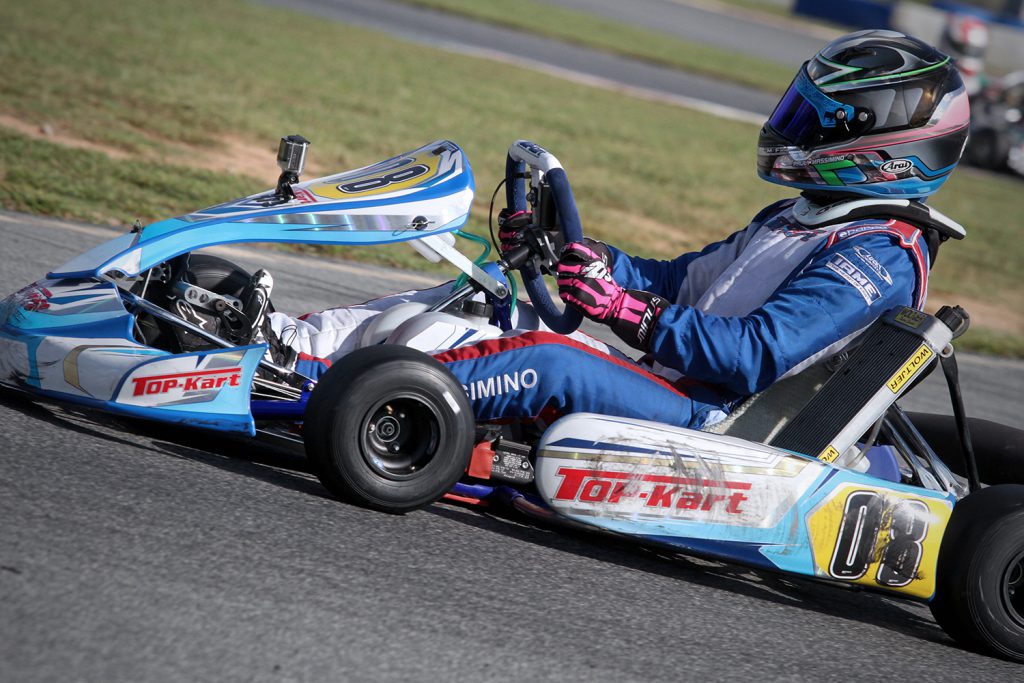 In Pro IAME Senior, Brandon Lemke captured the pole position in qualifying and the win in the final on Saturday. On Sunday, Lemke set the pace for the field once again in qualifying, but would settle for the fifth spot in the final. Lemke’s strong results all season allowed him to earn his first senior championship of his career. Alexander Kardashian made his appearance in his second class of the weekend, earning 12th and 15th place finishes in the finals. Devin Jones scored twin 14th place finishes in the weekend main events. Kyle Carty, Justin Fulmer, and Alyse Venticinque all earned top-20 finishes in the competitive senior field in Saturday and Sunday’s finals.

Brandon Lemke comments: “The 2017 season started off a bit rocky down in Daytona, but after a few test sessions working with Tim Shutt and getting more seat time in the kart and becoming more comfortable with it, we knew we had something for the competition. All year long, we have worked on finding out what works and what does not. Mistakes were made all throughout the year, but from those we learned what the kart and I liked. Eventually, we became comfortable with what we were doing and started making the right calls on set up.” Lemke continued, “Winning the national championship in TaG Senior on a brand new chassis means a lot and shows just how good the Top Kart/Woltjer engines combo really is. I could not have done it without the help of my family, friends, Timmy Tech, Woltjer racing engines, Top Kart USA, and everyone else who has supported me this season!” 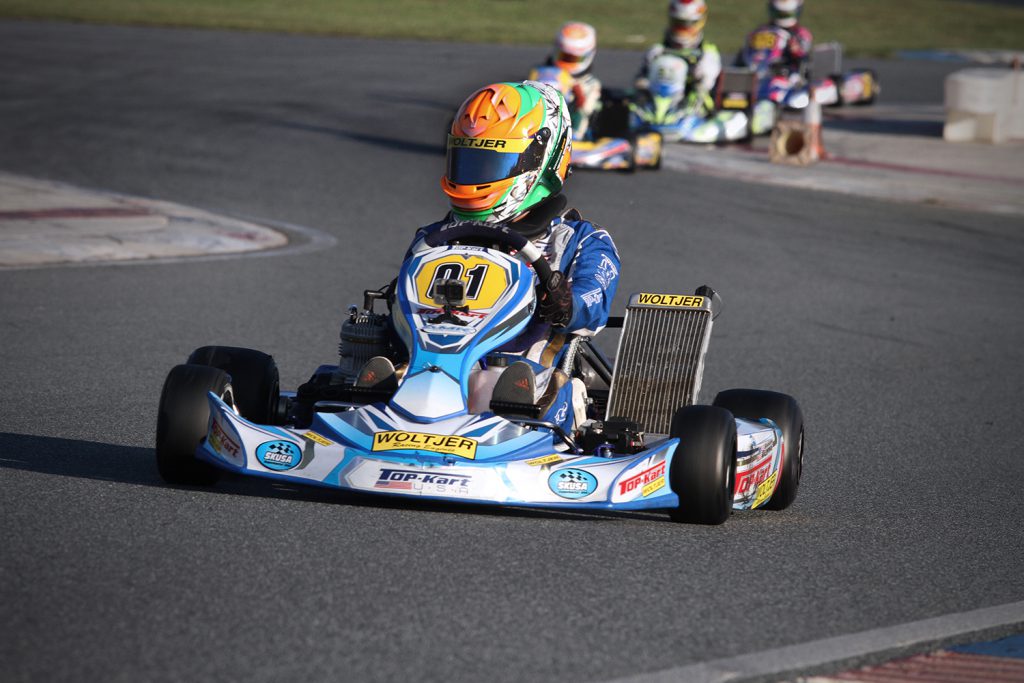 KA100 Senior field held two Top Kart USA pilots. Dusty Davis set the pace for the field in qualifying, later taking home the victory in the final. Roman Hanes followed closely behind his teammate in the final, earning a third-place finish and a spot on the podium.

“After returning home from the final round of the WKA Manufactures Cup Series, we are able to look back through the weekend and review the amazing result that all of the Top Kart drivers in the paddock had achieved,” says Top Kart USA’s Blake Deister. “We have all come together as a big family and achieved six Grand National victories, four class Championships, and the fifth consecutive Manufactures Cup Title, totaling the season at 17 feature wins. We are extremely proud of the drivers, support teams, dealers, and families involved with Top Kart and cannot wait to see what results we are able to achieve in the 2018 season.”

The next event for the Top Kart USA squad will be the SuperKarts! USA Supernationals 21 at the Westgate Hotel and Resort, November 16-19th, in Las Vegas, NV.

Take A Ride With Brandon Lemke During The X30 Senior Final Victory!