Top Kart USA returns home after pulling a Midwest double header, competing at back-to-back events two weekends in a row. The first stop on their lineup was the SuperKarts! USA (SKUSA) Summernationals, the final stop on the Pro Tour circuit, at New Castle Motorsports Park, earning a pole position and twin top-ten finishes. Next, it was off to Illinois for round four of the Route 66 Sprint Series at Autobahn Country Club, brining home four pole positions, five wins, and six podium finishes.

Top Kart kicked off their back-to-back event schedule by securing the top-spot in X30 Senior qualifying on Saturday at the SKUSA SummerNats. Brandon Lemke, one of the top drivers in North America, clinched the pole in Saturday’s qualifying session in a field of nearly 57 karts, with teammate Abby McLaughlin following closely with a fourth place qualifying run, putting two Top Karts in the top-five. The pair had strong runs in the prefinal, with McLaughlin set to start seventh and Lemke tenth in the final. Lemke advanced quickly on the start, but was shuffled back mid-race due to some minor incidents on track. He finished his day off in eighth place. McLaughlin ran as high as sixth place in the final, but was forced to retire from the race and end her day early.

On Sunday, Lemke landed a seventh place qualifying position, and McLaughlin, not to be discouraged by Saturday’s events, bounced back to a 13th in her qualifying run. McLaughlin made great strides in the prefinal, working her way up to a seventh place starting position in the final, with Lemke following in the row behind. When the green flag flew in the final, the pair pushed each other to the front pack, running sixth and seventh in the first few laps. Lemke was unfortunately forced to retire early after a mid-race incident. McLaughlin kept her cool and stayed focused all race, battling in the top-five for most of the final. She would end her weekend with a strong eighth place finish in the competitive senior category. 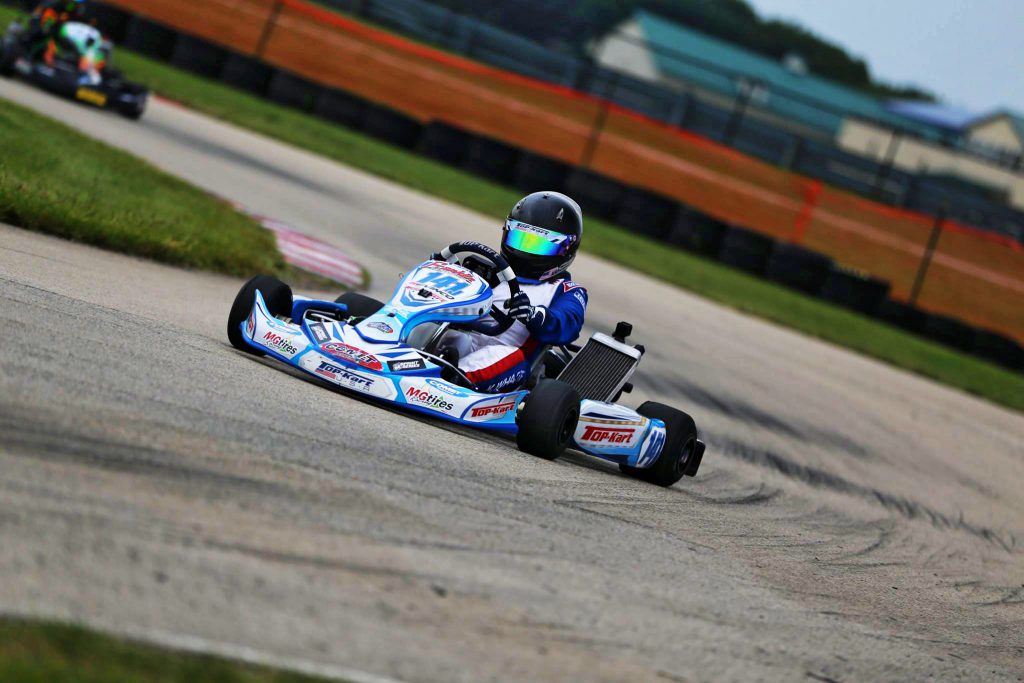 “This weekend we witnessed a true testament to our product,” says team owner Bill McLaughlin Sr. “We took a new Top Kart Twister chassis out of the box, and qualified P1 and P4 with the best of the best in karting in attendance at the SKUSA SummerNationals. There were nearly 60 karts in the X30 Senior class, and Brandon Lemke and Abby McLaughlin drove excellent, putting the chassis up front all weekend long. I spent more time looking at data this weekend than wrenching on the kart, which is not something that happens often. The product is that good.”

The Top Kart squad then headed off to their second event, round four of the Route 66 Sprint Series. The team’s momentum only continued to grow, their seven-driver line up ready to do battle on the Illinois circuit.

Wyatt Kessinger swept the field in the Kid Kart class, bringing home both main event wins for the weekend. Yamaha Cadet driver Zachary Collins scored an 11th place finish in Saturday’s final. On Sunday, Collins qualified in third, a personal best starting position for the young driver this season. He continued on to finish ninth in the final. Kaden Wharff was ready to do battle after his run in New Castle, pulling double duty running in both Yamaha Junior and X30 Junior. In X30 Junior, Wharff earned himself a spot on the podium both days, finishing second on Saturday and third on Sunday. In Yamaha Junior, he suffered a DNF on Saturday after a TCI wire failure on lap one while running in second place. On Sunday he made a comeback, putting himself on the podium for the third time of the weekend with a third place finsh.

The Top Kart squad was nearly dominant in the senior categories. Alexander Kardashian battled in both X30 Senior and Yamaha Senior classes. He earned the pole position both days in X30 Senior, continuing on to take both event wins and dominate the field. In Yamaha Senior, Kardashian also earned the top spot in qualifying both days of the event. He scored a second place finish on Saturday, coming back on Sunday to claim the win for the third time of the weekend. Dakota Pesek joined his teammate on the podium both days in the Yamaha category, a third place finish on Saturday and second place on Sunday.

“As parents, my wife and I could not be more proud or happier than we are with Alexander’s performance this weekend both on and off the track. As a partner with Alexander in AMK Race Products, we also could not be more pleased with the results,” explained Chris Kardashian. “Our business was founded on the premise that our drivers represent one team. We share information and use data analytics to improve the performance of the team. Every racer with AMK Race Products has access to each other’s data, in-kart video, kart set-up, and driver feedback. Alexander works with drivers using his data and their data to analyze where every hundredth of a second is on every corner. If we stick to our guiding principals, our racers will take pride in their results and we will be successful as a team. Special thanks to Gordy Bachmeyer for his incredible determination and contribution to the success of the weekend.” 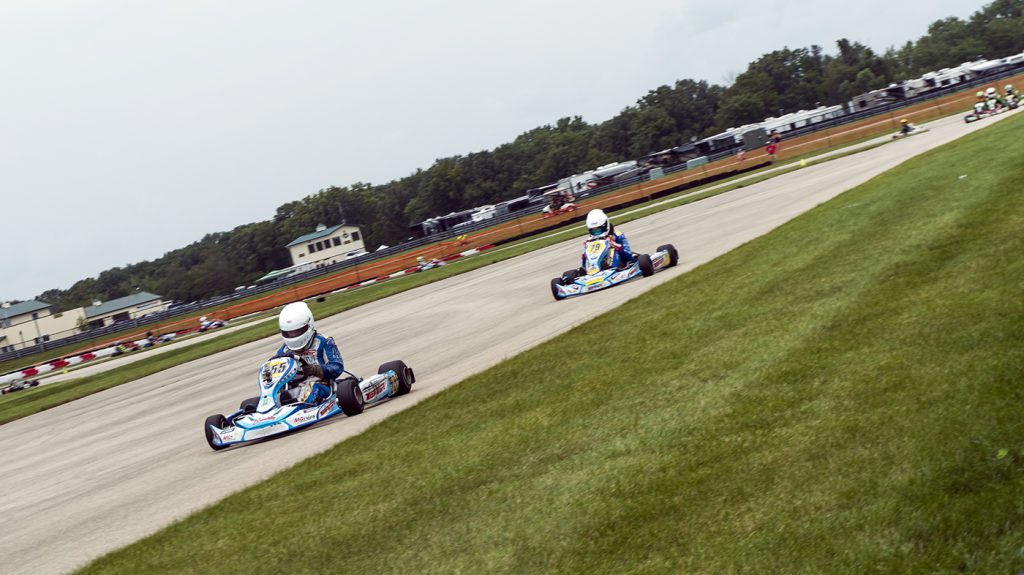 Team marketing manager Blake Deister comments, “Our primary focus in 2017 has been our full size chassis model, the Twister, suited for Junior and Senior level racing categories. We have struck gold with this all-around, fantastic go-kart chassis. From straight out of the box to victory lane with minimal tuning required, it has become a kart racers’ dream, and the results show it. The Route 66 race this past weekend was an outstanding race for many Top Kart drivers in various categories, with Alexander Kardashian and Dakota Pesek and many more in Yamaha Senior posting great results, to Kaden Wharff piloting in both X30 and Yamaha Junior, Zach Collins showing his up and coming talent, and Wyatt Kessinger dominating the Kid Kart Comer class. Not only is the Twister the chassis to have, but our complete lineup of Top Kart products is what you can rely on. Our trackside support is top of its class, with tuning, coaching, data, and setup sharing, along with a trailer full of parts, and a racing family behind you to push you to your limits and encourage your best. The Rolling Blue is not just about driving the chassis, its about family.”